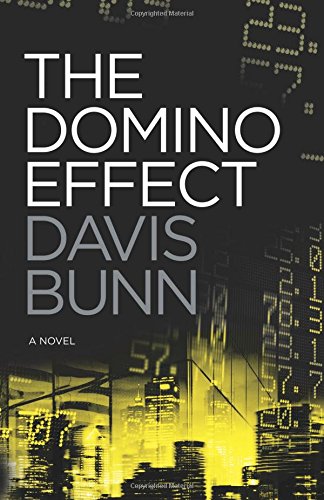 Davis Bunn is a prolific author with several bestsellers.  This book deserves to be added to his list of accomplishments. The story begins with a peek into the world of risk analysis in a large bank.  The protagonist is a brilliant young woman named Esther who leads her own team in analyzing the risk factors of their bank’s investment decisions. She is also analyzing risks in her personal life. A troublesome childhood has made it difficult to forge friendships and her hospitalized  brother depends on her for support. When Esther realizes that several banks are making foolhardy financial decisions she resolves to expose “the domino effect” that may cripple the world economy. This exposure could also cause the same effect in her own life. Esther’s risks cross the line from computer readouts to dangerous consequences.

Esther’s warnings are so clear the reader will wonder which parts of the book are  fiction.

This book was provided by Bethany House Publishing in exchange for an honest review.